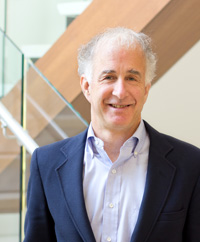 Steve Gaskin is a consultant in the Insights for Innovation practice area of Applied Marketing Science (AMS), where he conducts primary and secondary quantitative research for the consumer packaged goods, automotive, high-tech, telecommunications, pharmaceutical, financial services and other industries. Additionally, since 2011, Steve has served as an expert witness for several legal cases involving marketing science and consumer behavior.

With more than 30 years experience, Steve has developed proprietary models for measuring the sales lift from trade promotions at the store-item level, as well as models for household-level targeting for major consumer packaged goods manufacturers and grocery chains. He also implemented the first commercial application of Fastpace, a new adaptive conjoint analysis technique developed as part of MIT’s Virtual Customer Initiative. The journal article describing FastPace was published in Marketing Science and won the John D. C. Little Award for Best Marketing Science Paper for 2003.

Steve began his marketing career in the ASSESSOR Division of Management Decision Systems, Inc., where he worked with professors from the MIT Sloan School of Management on developing models for new product forecasting and defensive marketing strategy. He subsequently became head of research and development for ASSESSOR, extensively rebuilding its new product forecasting capabilities in the areas of consumer packaged and durable goods. Steve is also the developer of RAPIDS, a sales force optimization tool that helps managers determine the best size and structure for their sales force, as well as the best allocation of resources across products, segments and regions. Later in his career, he was president of The Delphi Group, working on worldwide new vehicle sales forecasting for the Ford Motor Company, litigation research for major corporations, and teaching training courses to consultants on statistics and multivariate analysis techniques.

Steve has published an article on defensive marketing strategy in Marketing Science with AMS co-founder and senior consultant John Hauser of MIT. He also co-authored an article with MIT Professor Glen Urban on market share rewards to pioneering brands, which won the TIMS College of Marketing award for best paper of 1986. He has also lectured and published a number of articles on new choice modeling methodologies, the latest in the February 2011 issue of the Journal of Marketing Research. Most recently, he was a contributing author to an article in the May 2013 issue of Marketing Letters regarding marketing’s role in innovation in business to business firms.

Steve grew up just north of San Francisco, California. He spent much of his youth in the great outdoors, training for bicycle racing along the cliffs of the coast highway, skiing at Lake Tahoe, and backpacking and mountain climbing in the High Sierra and Death Valley. After going to MIT where he studied management science and Russian literature, Steve served for four years in the Navy as a fighter aircraft controller, gunnery, electronic warfare and intelligence officer, sailing out of San Diego to Hawaii, Japan, Korea, the Philippines, Singapore, the Indian Ocean, the Persian Gulf and Africa. Now Steve and his family enjoy vacationing at their home in Belize, Central America, where they swim in the coral reefs, watch birds and climb jungle peaks in the nearby Jaguar Preserve. At home in Boston, Steve is chairman of his town’s Conservation Commission, president of the Asian Art Society of New England (www.asianartsociety.org) and serves on the Visiting Committee for Asian Art at the Boston Museum of Fine Arts. He enjoys riding his bicycle to work when it’s warm out, and he still races periodically.